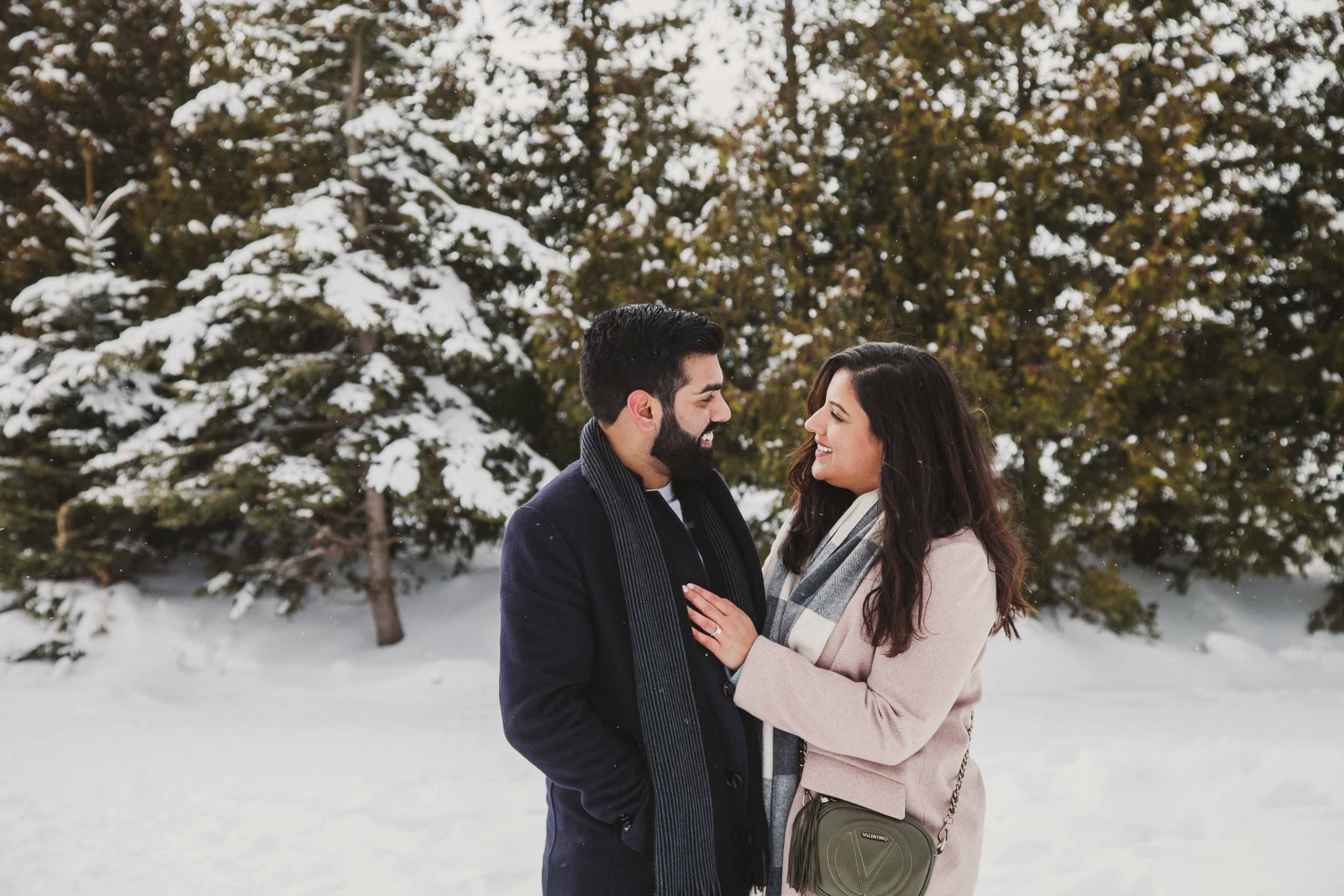 Eight years earlier, Avneet and Ashima were both standing on the top of a mountain in BC at just about the same time. But they weren’t standing together. Turns out they managed to miss each other by just a short margin. Maybe it wasn’t meant to be at that exact moment, but it was meant to be. Because 8 years later, here these two were, standing at the top of Blue Mountain considering it for their future wedding venue when Avneet dropped down on one knee and proposed.

Not only were they looking at wedding venues, but Ashima had accidentally read a text one week earlier from her brother to Avneet asking, “Are you still proposing next weekend?” Even though she knew what was coming, she played along. And even when she saw me pop out from behind a tree, a photographer holding two cameras and looking entirely conspicuous, she pretended not to know what was coming. Even though she did.

And then it happened. Avneet dropped down on one knee, and she squealed. She knew they were getting married. They had discussed it. They had looked at wedding venues. And she knew the moment it was coming because her brother gave it away. But after all of this, she still squealed when the question actually come out. And as you can see from all of this photo evidence, she was over the moon.

So cheers to Ashima and Avneet. Two people who deserve all of the squealing excitement in the world for finally having found each other.

What size of print do I need?